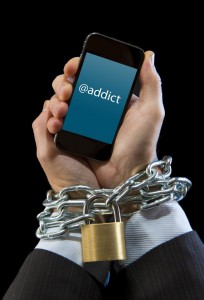 As we continue to move further and further into the 21st century, it is quickly becoming apparent that as a species, our relationship with technology is only going to increase. However, as technology becomes more and more ubiquitous and commonplace, so too do the consequences of its ongoing usage. For better or worse, technology and the side-effects that accompany it are here to stay. So, if you want to learn how to overcome the the ravages of screen addiction, read on. 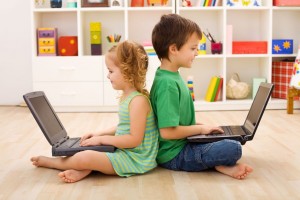 In the US, children average 7 hours per day in front of the screen!

Recent studies and surveys have shown that, between video games, television, and the internet, the typical American child spends an average of seven hours per day at an electronic screen! While at first this figure may come as a bit of a shock, it isn’t that surprising when you consider that this is overwhelmingly true for many adults these days as well. But once you have accepted the fact that we all have begun to spend ever increasing amounts of time tethered to our various electronic devices, the question becomes, what are the physical and mental effects of this socially systemic extended screen exposure? The answer may not actually be as clear cut as one would imagine, as there are several factors that come into play when considering how digital media affects the brain.

Children who are said to exhibit screen addiction are often described as moody, impulsive, and unable to pay attention. They are likely to suffer from sensory overload, hypersensitive nervous systems, and a lack of restorative RPM sleep. Spending excessive amounts of time at a screen can also be physically detrimental, and can lead to poor posture and body language, skeletal misalignment, and muscle and tendon related health issues.

Together these factors can greatly exacerbate the difficulties and symptoms of other per-existing learning disabilities, and have recently been categorized as a new disorder under the banner of Electronic Screen Syndrome or ESS. Being a rather new disorder, diagnoses and definitions for ESS and its symptoms are still an ongoing work in progress. However, the following is a list of some general characterizations of that may help you identify this syndrome as a potential candidate for your child’s learning difficulties.

Pros and Cons of Video Games

In the midst of this discussion is the underlying reality that video games take up a sizable portion of the time that we spend in front of screens, especially for those previously mentioned vulnerable demographics such as young adolescent boys. While it has been shown that excessive screen time can be developmentally detrimental for children, and down right unhealthy for adults, this isn’t to say that there are absolutely no psychological benefits associated with the use of electronic media, and for video games in particular.

Studies have shown that video games can help a person develop stronger spacial reasoning skills, gain greater ability to think outside the box, and greatly improve their hand eye coordination. Therefore, it is important to first consider the pros and cons of video game exposure before writing them off as either severely unhealthy, or completely benign and harmless.

So in light of all this information surrounding the increased use of technology within our society, it is more important than ever to adopt strategies and habits to combat the negative effects of screen addiction. If you or a loved one are currently suffering from Electronic Screen Syndrome or other digital media related disorders, try the following recommendations for some much needed relief.